With goalie sticks, there’s two main types of curves: the mid curve and the heel curve. The mid curve is excellent for cradling the puck and giving you great puck control.

The heel curve, on the other hand, is better for passing – so it is excellent for those goalies that like to give their teammates long stretch passes up the ice. 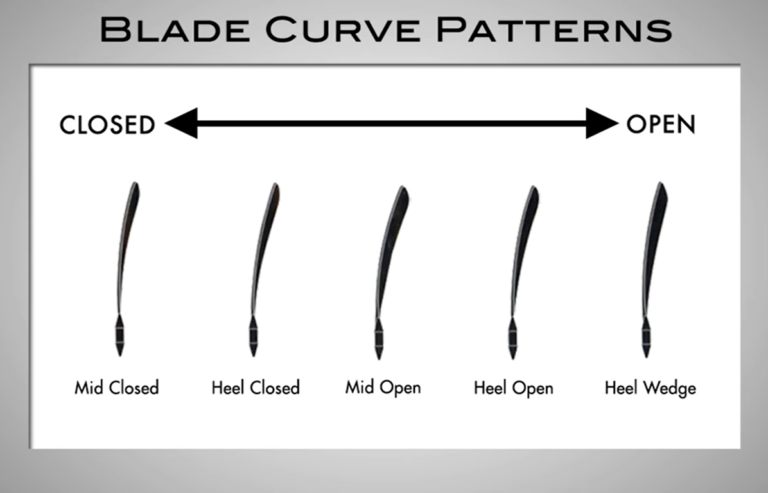 Within the two curves, you’re going to see several different degrees of openness on the curve. As you get a more open curve, that’s going to help to lift the puck a little bit more, which is good for those goalies that like to pass with a little bit of air underneath their passes.

There's also the closed curve, which helps to keep it down on the ice so you can do those beautiful, hard passes on the ice.

A secondary thing with the curves is the lie of that curve. So what exactly is the lie? That is the angle that goes from the blade up into the paddle.

Consider yourself on the shorter side? Go for a stick with a smaller lie number to ensure that the stick’s blade lies evenly and centered on the ice. if you're on the taller side, go with a higher lie.